The Best Super Power of All

If you’re not a mutant, an extraterrestrial, an adventure seeker prone to outlandously fortuitous accidents, or a wealthy scientific genius who can engineer all sorts of wondrous gadgets, don’t despair. You can still have your own super power. In fact, it’s the best super power of all. It’s the power of critical thinking. 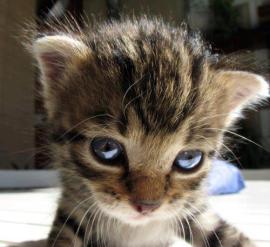 No human can resist my Super Cuteness.

What’s critical thinking? It’s simply being able to assess the truthfulness and validity of the things people say. That may not sound as awesome as super speed or morphing into an animal, but it has distinct advantages. With critical thinking, you don’t need a special costume. You don’t need to hide your power or protect your identity or explain why your clothes are torn apart. It won’t leave you physically exhausted and doesn’t involve fisticuffs (usually).

You can use critical thinking anywhere in any situation. You can use it on your teachers and classmates, your boss and co-workers, the trolls on Reddit, politicians and pundits, salesmen and ministers, and everyone else who tries to get into your head. And, you can learn to think critically whether you’re sixteen or sixty. All you have to do is to practice, but not grueling hours every day in the gym, just some easy mental exercises. Here’s how.

Every super hero has a weakness; mine is catniptonite.

Start simply. Pay attention to the conversations you have, the internet forums you follow, the TV you watch, especially the ads, and any other communication you may read, watch, or hear. Then, decide if the communication is meant to persuade you to do or think something. If it doesn’t, ignore it for the time being. Focus on those communications that want you to buy a product, or accept a belief, or support a position. You need to be able to recognize these arguments at sight, almost without thinking. Take as long as you need to get good at this. Remember, it took Spiderman more than a few tries to learn to cling to walls, but if he hadn’t, he wouldn’t have been able to swing from building to building.

Once you can easily identify those attempts to persuade you, the next step is to pick apart the pieces of those arguments. Think of arguments as consisting of three parts:

You need to learn to identify these pieces before you can start evaluating the validity of an argument. This process wouldn’t be difficult if you only talked to other critical thinkers. Unfortunately, most people aren’t critical thinkers and the torrent of mental chaos you’ll encounter from them is daunting. So again, start simply. Look up examples of formal arguments on Wikipedia and then other Internet and textbook sources. When you’re comfortable with picking out the parts of formal arguments, you can move on to the chaotic musings of the idiocracy. In those, you’ll find more of a challenge. The parts of those arguments don’t always come in the customary premise-logic-conclusion order. Some arguments don’t spell out all the premises. The logic behind arguments is often unstated. The conclusion is the only thing you can count on being present, but it may be the first, and sometimes, the only part of an argument you’ll hear. With practice, you’ll get good at it. And when you do, you’ll find that, even at this point, you are developing a greater awareness of critical thought than most of your cohorts.

This is where learning to think critically gets interesting. Stage 3 involves looking at the components of arguments, which you should now be really good at picking out, and checking them for common flaws. Here are some things you should look for:

Captain America’s shield is no match for my hairball missiles.

Ad hominum, an attack on the opponent rather than the opponent’s position. This happens all the time on political forums and often involves a reference to Hitler, illegal activities involving animals, or body parts.

Appeal to false authority, basing an argument on someone who isn’t really an expert, like all those celebrities on infomercials. Avoid peer pressure and the hive mind; think for yourself. Also beware of any reliance on common sense, which is more myth than magic.

After you are comfortable with these fallacies, visit Wikipedia and read about others like straw man, cherry picking, red herring, oversimplication, begging the question, slippery slope, equivocation, and quoting out of context. Take them one step at a time. 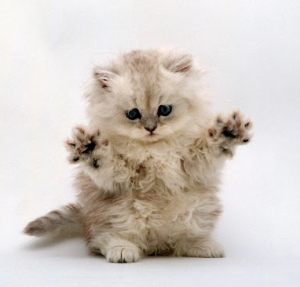 I have more claws than Wolverine and I know how to use them.

The point of this stage is for you to be able to identify the more obvious red flags. If you complete this stage, you will be far ahead of most people. Enjoy your mental prowess and use it every day.

You’ll find that you can spot a lot of faulty arguments just by knowing these few things to look for. In fact, you’ll probably find most of the arguments you listen to are faulty in one way or another. And that’s the problem. You have to be judicious with how you use your new power to think critically. You can’t just engage in battle with every troll who wants to argue over a movie, or a quarterback, or worst of all, a politician. Still, with great power comes great responsibility. You have to slap down some arguments. Given that, you’ll need to develop a sense for when you have tostep up to expose idiocy and when you can roll your eyes and let it slide. Further, you’ll have to develop a sense for when you have inflicted enough damage to withdraw. Heroes don’t slaughter their enemies; humiliation works just as well. You must become a guerrilla thinker. Pick your battles. Fight them in earnest. Then dissolve into the shadows. This is harder to do than it seems.

Most deciples of critical thinking get at least as far as stage 4. Elite thinkers go far beyond that to thoroughly analyzing all the components of an argument. Analyzing arguments is challenging. It requires knowledge of a broad variety of subjects, the development of sophisticated analytical skills like statistics and logic, the availability of resources that can support your quest for the truth, and lots and lots of practice. This learning process never ends. The more you know the more sophisticated are the arguments you’ll take on.

Here are some of the things you might explore to become an elite thinker. 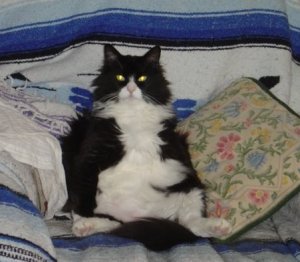 I am a Time Lord. I can sleep 18 hours a day and still know when to wake you up for gooshy food.

As you might guess, there are many more logical rules. Presumably, this is what Spock spent all those years studying on Vulcan. For inductive reasoning, an appreciation of statistical thinking is required. In essence, statistical thinking posits that everything is connected, everything has an inherent and extraneous variability, and extraneous variability needs to be controlled. Fatal flaws in inductive arguments usually stem from a failure to understand these concepts.

So there is the path to becoming a critical thinker. Getting started isn’t difficult, it just takes practice. The more you practice the more you’ll learn. The more you learn the better you’ll be at it. Just give it a try. Once you start experiencing the rewards, you’ll understand why critical thinking is the best super power of all.

This blog is dedicated to Alex Finkel, my friend Ray Finkel’s nephew, and to all the other graduates of 2012. Strive to make this world better for everyone.

Charlie Kufs has been crunching numbers for over thirty years. He retired in 2019 and is currently working on Stats with Kittens, the prequel to Stats with Cats.
View all posts by statswithcats →
This entry was posted in Uncategorized and tagged critical thinking, statistics, stats with cats, super power. Bookmark the permalink.

16 Responses to The Best Super Power of All