Predict the Next President of the United States 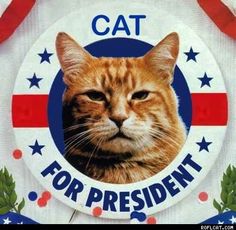 The American Statistical Association is sponsoring a new statistics contest for high school and college students. The contest, known as Prediction 2016, challenges students to use statistics to predict the next president of the U.S. The purpose of the contest is to get more students interested in statistics by showing them how it can apply to the real world. It’s part of the larger student education campaign This is Statistics. Here’s more information:

ASA Announces Prediction 2016, a National Student Contest to Predict the Next President of the United States

Sponsored by the American Statistical Association, Prediction 2016 is a contest for high school and undergraduate college students to predict the winner of the U.S. presidential election using statistical methods. Winners will receive a variety of prizes and perks, including exposure to the nation’s leading statisticians and data scientists.

One winner will be chosen among high school contestants and one among college contestants. Those with the most accurate predictions developed with sound statistical methods will win the contest.

October 27, 2016 — ASA announces which candidate wins in the student predictions.

Learn more at ThisisStatistics.org/ElectionPrediction2016. ASA spokespersons are available for interviews about the contest, as well as trends in statistics education and careers that are shaping the economy and workforce.

Charlie Kufs has been crunching numbers for over thirty years. He retired in 2019 and is currently working on Stats with Kittens, the prequel to Stats with Cats.
View all posts by statswithcats →
This entry was posted in Uncategorized and tagged ASA, prediction. Bookmark the permalink.

1 Response to Predict the Next President of the United States