Finding a model that fits a set of data is one of the most common goals in data analysis. Least squares regression is the most commonly used tool for achieving this goal. It’s a relatively simple concept, it’s easy to do, and there’s a lot of readily available software to do the calculations. It’s even taught in many Statistics 101 courses. Everybody uses it … and therein lies the problem. Even if there is no intention to mislead anyone, it does happen.

Here are eleven of the most common reasons to doubt a regression model.

Accuracy is a critical component for evaluating a model. The coefficient of determination, also known as R-squared or R2, is the most often cited measure of accuracy. Now obviously, the more accurate a model is the better, so data analysts look large values for R-squared.

The inflation in the value of R-squared can be assesses by calculating the shrunken R-square. The figure shows that for an R-squared value above 0.8 with 30 cases per variable, there isn’t much shrinkage. Lower estimates of R-square, however, experience considerable shrinkage.

You can’t control the magnitude of the relationship between a dependent variable and a set of independent variables, and often, you won’t have total control over the number of samples and variables either. So, you have to be aware that R-squared will be overestimated and treat your regression models with some skepticism.

Almost all software that performs regression analysis provides an option to not include an intercept term in the model. This sounds convenient, especially for relationships that presume a one-to-one relationship between the dependent and independent variables. But when an intercept is excluded from the model, it’s not omitted from the analysis; it is set to zero. Look at any regression model with “no intercept” and you’ll see that the regression line goes through the origin of the axes.

With the regression line nailed down on one end at the origin, you might expect that the value of R-squared would be diminished because the line wouldn’t necessarily travel through the data in a way that minimizes the differences between the data points and the regression line, called the errors or residuals. Instead, R-squared is artificially inflated because when the correction provided by the intercept is removed, the total variation in the model increases. But, the ratio of the variability attributable to the model compared to the total variability also increases, hence the increase in R-squared.

The solution is simple. Always have an intercept term in the model unless there is a compelling theoretical reason not to include it. In that case, don’t put all your trust in R-square (or the F-tests).

Stepwise regression is a data analyst’s dream. Throw all the variables into a hopper, grab a cup of coffee, and the silicon chips will tell you which variables yield the best model. That irritates hard-core statisticians who don’t like amateurs messing around with their numbers. You can bet, though, that at least some of them go home at night, throw all the food in their cupboard into a crock pot, and expect to get a meal out of it.

The cause of some statistician’s consternation is that stepwise regression will select the variables that are best for the data set, but not necessarily the population. Model test probabilities are optimistic because they don’t account for the stepwise procedure’s ability to capitalize on chance. Moreover, adding new variables will always increase R-squared, so you have to have some good ways to decide how many variables is too many. There are ways to do this. So using stepwise regression alone isn’t a fatal flaw. Like with guns, drugs, and fast food, you have to be careful how you use it.

If you use stepwise regression, be sure to look at the diagnostic statistics for the model. Also, verify your results using a different data set by splitting the data set before you do any analysis, by randomly extracting observations from the original data set to create new data sets, or by collecting new samples.

Outliers are a special irritant for data analysts. They’re not really that tough to identify but they cause a variety of problems that data analysts have to deal with. The first problem is convincing reviewers not familiar with the data that the outliers are in fact outliers. Second, the data analysts have to convince all reviewers that what they want to do with them, delete or include or whatever, is the appropriate thing to do. One way or another, though, outliers will wreak havoc with R-squared.

Consider this figure, which comes from an analysis of slug tests to estimate the hydraulic conductivity of an aquifer. The red circles show the relationship between rising-head and falling-head slug tests performed on groundwater monitoring wells. The model for this relationship has an R-square of 0.90. The blue diamond is an outlier along the trend (same regression equation) about 60% greater than the next highest value. The R-squared of this equation is 0.95. The green square is an outlier perpendicular to the trend. The R-squared of this equation is 0.42. Those are fairly sizable differences to have been caused by a single data point.

How should you deal with outliers? I usually delete them because I’m usually looking to model trends and other patterns. But outliers are great thought provokers. Sometimes they tell you things the patterns don’t. If you’re not comfortable deciding what to do with an outlier, run the analysis both with and without outliers, a time consuming and expensive approach. The other approach would be to get the reviewer, an interested stakeholder, or an independent expert involved in the decision. That approach is time consuming and expensive too. Pick your poison.

Non-linear relationships are a relatively simple problem to fix, or at least acknowledge, once you know what to look for. Graph your data and go from there.

involves building a statistical model solely by optimizing statistical parameters, and usually involves using a large number of variables and transformations of the variables. The resulting model may fit the data almost perfectly but will produce erroneous results when applied to another sample from the population.

The concern about overfitting may be somewhat overstated. Overfitting is like becoming too muscular from weight training. It doesn’t happen suddenly or simply. If you know what overfitting is, you’re not likely to become a victim. It’s not something that happens in a keystroke. It takes a lot of work fine tuning variables and what not. It’s also usually easy to identify overfitting in other people’s models. Simply look for a conglomeration of manual numerical adjustments, mathematical functions, and variable combinations.

Consider this example from economics. A model for the U.S. Gross Domestic Product (GDP) was developed using data on government spending and unemployment from 1947 to 1997. The model:

had an R-squared value of 0.9994. Such a high R-squared value is a signal that something is amiss. R-squared values that high are usually only seen in models involving equipment calibration, and certainly not anything involving capricious human behavior. A closer look at the study indicated that the model term involving spending were an index of the government’s outlays relative to the economy. Usually, indexing a variable to a baseline or standard is a good thing to do. In this case, though, the spending index was the proportion of government outlays per the GDP. Thus, the model was:

GDP appears on both sides of the equation, thus accounting for the near perfect correlation. This is a case in which an index, at least one involving the dependent variable, should not have been used.

Multicollinearity occurs when a model has two or more independent variables that are highly correlated with each other. The consequences are that the model will look fine, but predictions from the model will be erratic. It’s like a football team. The players perform well together but you can’t necessarily tell how good individual players are. The team wins, yet in some situations, the cornerback or offensive tackle will get beat on most every play.

If you ever tried to use independent variables that add to a constant, you’ve seen multicollinearity in action. In the case of perfect correlations, such as these, statistical software will crash because it won’t be able to perform the matrix mathemagics of regression. Most instances of multicollinearity involve weaker correlations that allow statistical software to function, yet the predictions of the model will still be erratic.

Multicollinearity occurs often in the social sciences and other fields of study in which many variables are measured in the process of model building. Diagnosis of the problem is simple if you have access to the data. Look at correlations between the independent variables. You can also look at the variance inflation factors, reciprocals of one minus the R-squared values for the independent variables and the dependent variable. VIFs are measures of how much the model’s coefficients change because of multicollinearity. The VIF for a variable should be less than 10 and ideally near 1.

If you suspect multicollinearity, don’t worry about the model but don’t believe any of the predictions.

Regression, and practically all parametric statistics, requires that the variances in the model residuals be equal at every value of the dependent variable. This assumption is called equal variances, homogeneity of variances, or coolest of all, homoscedasticity. Violate the assumption and you have heteroscedasticity.

If the residuals of a model are autocorrelated, it’s a sure bet that the variances will also be unequal. That means, again, that tests or confidence limits calculated from variances should be suspect.

Most software that calculates regression parameters also allows you to weight the data points. You might want to do this for several reasons. Weighting is used to make more reliable or relevant data points more important in model building. It’s also used when each data point represents more than one value. The issue with weighting is that it will change the degrees of freedom, and hence, the results of statistical tests. Usually this is OK, a necessary change to accommodate the realities of the model. However, if you ever come upon a weighted least squares regression model in which the weightings are arbitrary, perhaps done by an analyst who doesn’t understand the consequence, don’t believe the test results.

Is Your Regression Model Telling the Truth?

There are many technologies we use in our lives without really understanding how they work. Television. Computers. Cell phones. Microwave ovens. Cars. Even many things about the human body are not well understood. But I don’t mean how to use these mechanisms. Everyone knows how to use these things. I mean understanding them well enough to fix them when they break. Regression analysis is like that too. Only with regression analysis, sometimes you can’t even tell if there’s something wrong without consulting an expert.

Here are some tips for troubleshooting regression models.

Sometimes the model you are skeptical about isn’t one you developed; it is models that are developed by other data analysts. The major difference is that with other analysts’ models, you won’t have access to all their diagnostic statistics and plots, let alone their data. If you have been retained to review another analyst’s work, you can always ask for the information you need. If, however, you’re reading about a model in a journal article, book, or website, you’ve probably got all the information you’re ever going to get. You have to be a statistical detective. Here are some clues you might look for.

So there are some ways you can identify and evaluate eleven reasons for doubting a regression model. Remember when evaluating other analyst’s models that not everyone is an expert and that even experts make mistakes. Try to be helpful in your critiques, but at a minimum, be professional. 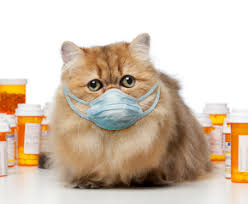