Models are beautiful. The ways their features are combined sets them apart from each other.  Each has its own personality, sometimes pleasant, sometimes not, and often not what you would expect.

Here are ten ways your love affair with statistical models can end up on the rocks.

Modeling is more than just meeting a dataset on the internet and jumping into some R code together. You have to develop relationships with the data and everyone associated with them. For example:

You put your heart and soul into modeling the dataset but you get … NOTHING. No love in return. No matter how much you’ve planned, you can’t find a collection of independent variables that will adequately model your dependent variable. It happens to data analysts everywhere, all the time, for a variety of reasons. There may be non-linear relationships, outliers, or excessive uncontrolled variance. The variables may be inappropriate or inefficient.

What can you do?

First, you should reexamine the theory behind your model. Are your hypothesis and assumptions valid? Are your data suspect? Are the metrics you’re using as variables problematical? Are there latent concepts you could explore in a Factor Analysis? Do your samples need to be categorized in some way? Might conducting a Cluster Analysis provide insight?

Second, examine your correlations thoroughly. See if there are any transformations that might be helpful.

Third, if you have appropriate software, consider looking into nonlinear statistical regression, neural networks, and data mining solutions. Finally, there may be ways to construct probabilistic models, or models based on optimization procedures, or relative solutions from experts using a Delphi Method.

Some models were not meant to be. If you can’t fit the model to the data, you have to be prepared to call it quits. In a way, this is equivalent to a Do Not Resuscitate order in medicine, and likewise, it can be a sensitive subject. It’s usually easier to create new variables or try some other statistical manipulation than it is to give the bad news, and the bill, to the client. 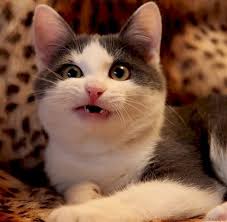 Sometimes models go wrong right out of the box because they are improperly specified. You may not be pursuing the relationship for the right reasons or in the right ways. For example:

There are many different types of models, like fish in the sea. Some people are always looking for something better, even if what they have is pretty good.

For example, you might have a good model but it’s not what the client expected. Perhaps the results are not what the client wanted to hear or the model may look good for general trends but not be an adequate representation of the phenomenon for extreme or special cases. He wants you to try over and bring him something better.

It’s not just clients, though. There are times when model builders, especially young professionals, want to try out some new analytical breakthrough. The tried-and-true regression approach may produce results that are nearly as good, but the cutting edge model looks and sounds so much sexier. It’s seductive, and for some, hard to resist.

Don’t you just hate it when you see something that isn’t at all the way it was described? “Hey, you should try analyzing this dataset. It’s a perfect match for you.” But then when you meet up, it’s nothing like you expected. 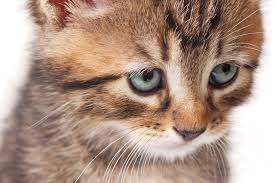 Maybe the expected population from which the data are drawn doesn’t really exist. Maybe the quality of the data is questionable or needs a lot of cleanup. Maybe the samples are biased or misleading.

And it’s not just what goes into a model that might be disappointing but also what comes out of modeling activities. The regression model itself might be improperly specified or misleading. Sometimes correctly specified models are poorly calibrated. Fortunately, there are also a variety of statistical diagnostics and plots that can be used to identify the problems.

Every measurement of a phenomenon includes characteristics of the population and natural variability as well as unwanted sampling variability, measurement variability, and environmental variability. You can’t understand your data unless you control extraneous variance attributable to the way you select samples, the way you measure variable values, and any influences of the environment in which you are working. If you plan to conduct a statistical analysis, you need to understand the three fundamental Rs of variance control — Reference, Replication, an 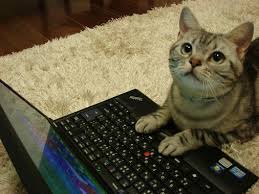 d Randomization. Using the concepts of reference, replication and randomization, you can control, minimize, or at least be able to assess the effects of extraneous variability using: procedural controls; quality samples and measurements; sampling controls; experimental controls; and statistical controls.

Even after spending considerable effort trying to control extraneous variance in data collection, though, sometimes the models produced from them don’t share the precision. The models may have good accuracy, shown by large values of the Coefficient of Determination (r2) but low precision, shown by the large Standard Error of Estimate (sxy or SEE). You might have an accurate predictive model but it lacks enough precision to be useful. This is a surprisingly common occurrence. Some data analysts don’t seem to look past the r2. The sxy is ignored.

Look at any studies you can that involve predictive modeling. Do they discuss the uncertainty in the predictions? What do you think? 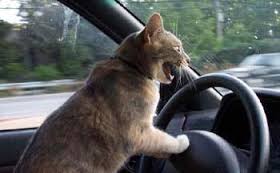 Sometimes you spend months and even longer getting to know your data and building a relationship only to have the model taken away. Maybe it’s a boss or more senior co-worker. Maybe it’s the client. You can chase after your model, keep up to speed with what’s happening in the model’s life, but that’s about it. There’s not much else you can do. It’s somebody else’s responsibility now.

something you did. Maybe your model is overfit. Perhaps you capitalized on chance and found associations that weren’t pervasive and lasting. The only thing you can do is reexamine the relationship and either start over or move on.

Marry or Break Up

There comes a time when you have to decide whether to commit to the effort to build a relationship or back out of the commitment. Maybe you don’t have enough samples. Maybe your goals don’t fit what the model needs. Perhaps the model is being asked to do something it wasn’t designed for. What works for describing a population may not be suited to describing individuals in the population. Then there might also be ethical issues to consider. But statisticians rarely get to make these decisions. If they accepted the assignment, the product belongs to the client.

Deploying a model can sometimes change the behaviors of the population the model is based on. This is especially true when humans are involved; humans just love to game the rules. For example, if you develop a model for allocating resources, you can be assured that the potential recipients will do whatever it takes to increase their advantage. Once they do that, the model is no longer useful. That’s why models are often kept secret. 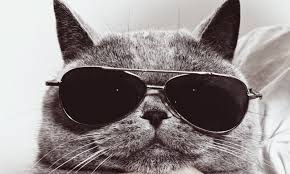 Charlie Kufs has been crunching numbers for over thirty years. He retired in 2019 and is currently working on Stats with Kittens, the prequel to Stats with Cats.
View all posts by statswithcats →
This entry was posted in Uncategorized and tagged cats, correlation, model, models, regression, relationships, statistical analysis, statistics, stats with cats, variables. Bookmark the permalink.

2 Responses to Ten Ways Statistical Models Can Break Your Heart